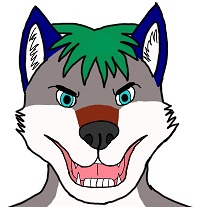 It was the citizens that traveled by ferry to first notice something strange out in the Atlantic slowly coming their way. Nobody knew quite what it was, but there could be no doubt that it was something big. It was impossible to contemplate just how big it was until it got closer. An enormous shark fin slithered its way towards the Jersey shore. Life along the coast stopped in its tracks as people gawked at just one part to what was sure to be a mega beast. The fin alone stood at almost a mile tall, casting an ominous shadow over entire seaside villages as the titan it belonged to glided effortlessly towards the bay dividing New York and New Jersey, and it appeared to be heading straight for the big city.

Traffic on the Verazano bridge was brought to a halt as commuters gawked at the towering fin headed towards them, but with it still a mile away, a massive gray hand shot out of the water just south of the span. The crowd erupted in a chorus of horrified screams as the giant hand loomed over the length of the structure, raining down a intense downpour of seawater, foreshadowing it's imminent doom. Attempts to run off the span were futile as the hand quickly came down on the bridge, crushing it without even the slightest resistance. The hundreds of unfortunate occupants it held were mercilessly pushed down to the sea floor. As the perpetrator swam through the narrow bay between New Jersey and Staten Island, he revealed more of his godly form. He partially lifted his face, revealing his snout and eyes, shooting a mischievous gaze at his target ahead. The well chiseled back then made it's appearance, propping up the massive fin in all it's glory. Topping it off was a smooth set of buttcheeks and a massive tail which he lifted high out of the water, which swung wildly to the left and slammed down on New Jersey with an earth shattering boom. Communities miles inland were wiped clean under the shark god's thick tail, snuffing out thousands of people in a split second. The entire metro area was thrown into a frenzied panic as the shark's titan form sunk back into the bay and continued his charge towards Manhattan. Sirens whaled throughout the city as a mass evacuation was ordered, but as soon as the millions of office workers headed for the exits, the sea parted as this titan of the oceans rose to his own two feet.

At a gargantuan 5 miles tall, Kosumi loomed large over anything that could be built by man or nature. Even with the depth of the bay, his muscular legs far eclipsed the tallest gleaming downtown skyscrapers. Standing proudly at full attention were two thick cocks, a mile long and thick enough to cover the width two city blocks each. Further up, his ripped abs and chest glistened in the warm summer sun. He lifted up his beefy arms and flexed over the city, displaying in total dominance to his victim and flashing a sadistic smile down on the bustling island before him. This top hunter of the sea had an appetite for destruction and had his prey cornered.

The mega shark took two steps forward, sending a wall of water several stories high into the financial district. Cars and pedestrians were instantly washed away by the awesome force of the incoming tide, which went on for miles. The subways and tunnels turned into raging underground rivers as they were inundated by the sea, drowning their occupants and leaving those above the water trapped in skyscrapers that would soon become their death chamber. A devious chuckle echoed from the titan's throat, amused at how such a simple action could cause so much chaos between his legs. His tongue slid across his lips as his hands grasped his twin members, both throbbing voraciously and casting a dark shadow over lower Manhattan.

Kosumi bent his knees, gradually bringing his massive organs down on the packed city. His plump balls smothered the skyscrapers around Wall Street like an octopus wrapping itself around hopeless prey. The shark god shifted his orbs back and forth over the office towers that desperately tried to put up a fight, one that only further enhanced his erotic pleasure. The financial center of the world was reduced to nothing more than a pleasure tool for an aroused beast. It wasn’t long before the microscopic structures succumbed to the titan’s will as they crumbled like cookies under his heavy sack. He slammed his set of hard cocks down on Tribeca and Chinatown with the force of a meteor, obliterating any signs of civilization from existence. With his tail lifted high, he lunged his hips forward, his cocks running over the city like a bulldozer, wiping away whole neighborhoods in a split second. He pulled back and plowed forward again and again, switching up the angle of attack with every thrust. The sensation brought on by the destructive power of his ball sack drew a blissful moan from the lewd beast, his broadcast of euphoria sending chills down the spines of the millions of hopeless people who could hear him. They all knew what he was capable of and that his urges were yet to be satisfied.

Up on his feet again, Kosumi lumbered his way north, spreading his legs wider as he positioned himself over his next target, midtown. The mass destruction of downtown left his twin shafts yearning for release, harder than ever and oozing a steady stream of warm pre. The titan shark grabbed his stiff members, squeezing around the base and slowly stroking them, grunting lustfully as he could feel a tremendous load churning in his balls, just waiting to be unleashed on a densely packed populous. While most trusted their fate to the still standing skyscrapers, some brave souls tried to run away from the sea god's destructive aim. It was far from easy though thanks to the barrage of pre raining down on them. Anyone caught in the projectile of one of these massive drops of sexual fluid would be knocked off their feet and covered in a sticky layer of hormonal goo. Those athletic enough to dodge the downpour of sexual fluids were no match for the life choking musk that blanketed the entire region, becoming stronger with every stroke as the colossus sea beast readied his weapon of mass destruction for fire.

With his orgasm dying down, Kosumi let out a big sigh of satisfaction, looking down on all the devastation, a once bustling metropolis now a festering lake of hot sex juice. He flashed a toothy grin and a chuckle at his massive new mark on the earth, one that could no doubt be seen from space and would leave a mark in memory of all humans for generations to come. Giving his now limp cocks a gentle stroke, he slithered back into the sea, his fin sinking beneath the waves as the hunt began for another target of his lewd urges.