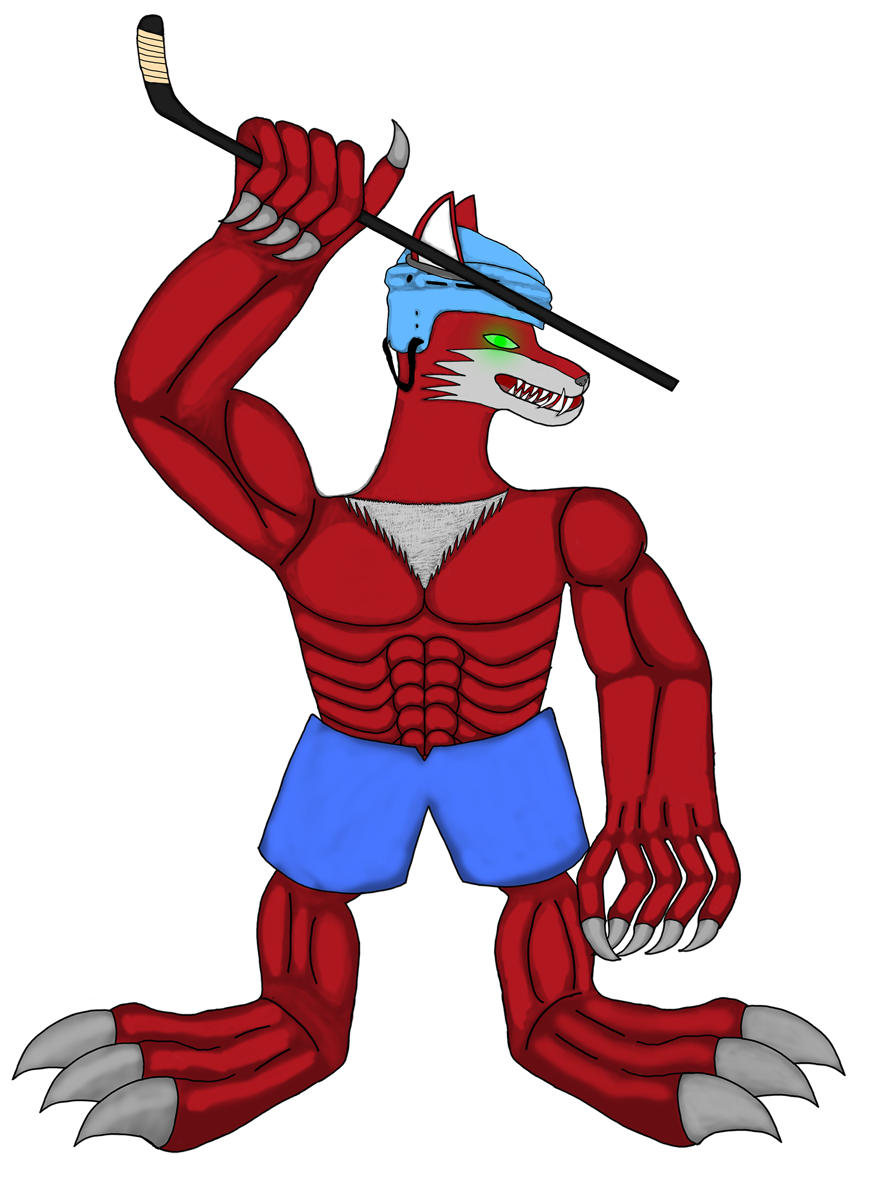 This was my entry for FAU7's Kaiju Art Contest. A red wolf, once a hockey player who saw nothing wrong with slashing an opponent in the face or punching a referee in the groin. Yes, he was the dirtiest canine on the ice, until one evening when someone from another team’s fan base put something a bit nuclear in his water bottle in the hopes it would eliminate him. Instead he was transformed into a 1000 foot tall monster. He now stomps around from city to city, feasting on any athletes he can find (with a strong preference for hockey players) and crushing everyone else under his sweaty feet. He loves nothing more than to see his victims choke on his strong musk before finishing them off. He has even been seen stuffing people down his pants and into his jockstrap.